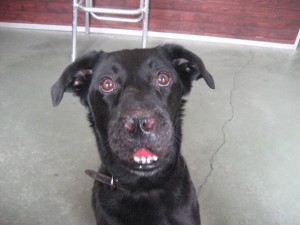 This is a picture of Yvette on the first day she came into the clinic, March 2007

Yvette is an old dog. Getting older by the day. She was found running around in Laval in 2007. Sophie Fournier (hard working and amazing dog rescue, Sophie’s Dog Adoption) rescued her and brought her into the clinic. She had a mystery illness that took a while to figure out. It turned out that she had a very rare fungal infection called Blastomycosis which usually affects the lungs, skin or bone. In her case, she had a soft tissue infection affecting her muzzle and gums and she also had the same fungal infection in the bones of her right forelimb. 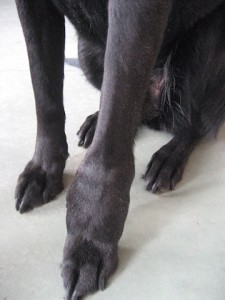 Blastomycosis is rare in Quebec and it was quite a surprise when the puzzle came together. She required a year of daily, oral anti-fungal medication. She made a slow but sure recovery. Her gentle spirit has been one of the greatest gifts to grace my life. Because Sophie named her Yvette, I assumed she was French and have since only spoken French with her!
I’m writing about her now because although I have had quite a few dogs, until now I had not yet experienced the senility, also known as cognitive dysfunction, that many elder animals develop. It has been sad to see her slowly fade away, even though her funny smile greets me every day. 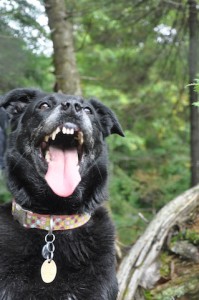 Yvette, at her happiest!!!

Like every dog she is unbelievably loyal. She still likes a good (but slow) walk in the woods. She likes her meals. She sleeps in late. She is now totally deaf. She often has, let’s gracefully call it “stomach problems” in the house. Her bladder isn’t what it used to be either. She paces around and around. It can take her a half hour to settle down into a spot (usually a spot that is critical at that very moment, like in front of the door or the kitchen sink or the bottom of the stairs). For fun, we used to call her Yvette boom-boom Bouvier. Now we call her Yvette in-the-way Bouvier. Listening to her pace and finding her lost in the corner or caught behind a table can be tough. She seems lost and absent.
This past weekend she was out and about on her own in the yard (away from where I could see her) and got tangled up in the wood shed canvas. She turned and turned and almost strangled her self. We found her hacking and coughing…. minutes more and things would have turned out very different. We cut her away from the canvas just in time. Every day with her is precious. But also taxing. It’s hard to see her fade away. It’s frustrating to clean up after her so frequently. It’s worrisome that she is so easily confused.
I already miss my dog Yvette. The Yvette that was so aware and present and active.
But I am also so grateful that she is still with us, relatively healthy, as sweet as dogs get and forever loyal.
Judith 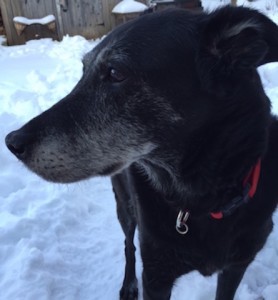 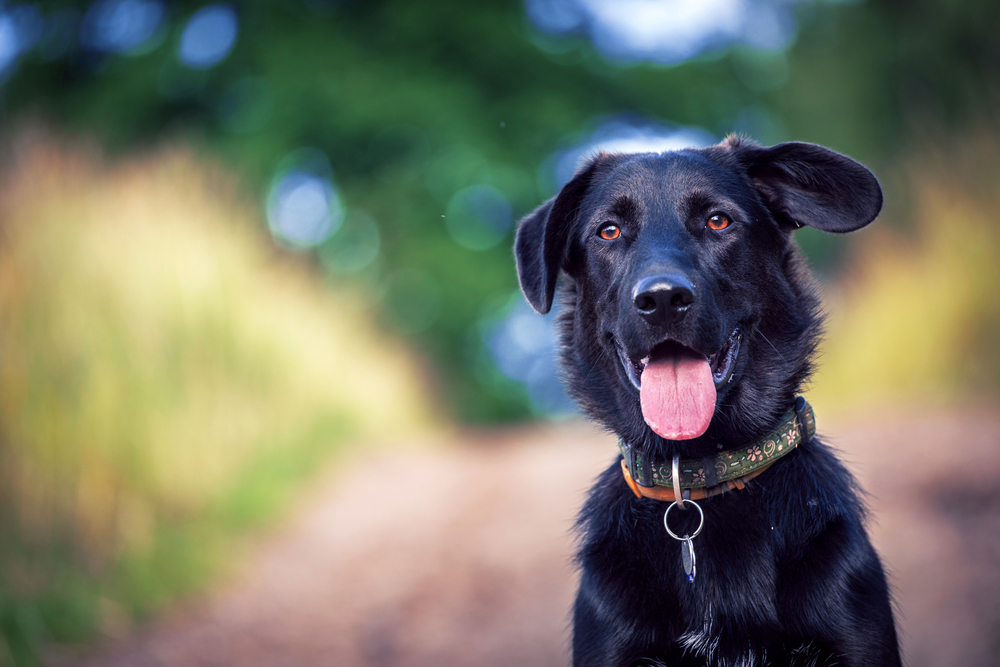 We work together with you to provide the best care for your pet.